The cases afore mentioned have been swept under the carpet by Godsmark in effect deliberately delayed with malice intent. There was no justification or explanation, apart for Godsmark’s personal vengeance against Mr Browne; this is thrice reprehensible as it breaches human rights, due process, rule of Law, all protocol and Access to Justice. Godsmark’s dishonesty is unacceptable, He is unaccountable and must be sanctioned for abuse of Court power and his betrayal of his oath of office, in effect TREASON for which he must be doubly sanctioned!

Putin abuses his position, like Godsmark, first by dishonestly lying about his intentions to invade Ukraine. This is treason to all right thinking people. He then attacks his weaker neighbour Ukraine and breaks international law with abandon. Insists Ukraine has no right to exist and as such has no human rights. Godsmark insists Mr Browne does not exist as he ignores all communications applications etc. and misappropriated the court fees. Putin wants to destroy Ukraine Godsmark wants to destroy Mr Browne.

As for 3YQ10123 the court fee £395 was misappropriated together with over £7000 already misappropriated court fees over the 8 years. This is FRAUD a criminal offence no matter what criteria used. This war of attrition carried out by vengeful Godsmark. Is the same as Putin’s war against Ukraine and penalising and terrifying its population? Godsmark has penalising intimidated Mr Browne at every opportunity over 8 years by ignoring over 400 faxes, over 500 emails, over 50 letters sent to Nottingham Court FAO Godsmark. . This is not just reprehensible it is Fraud a criminal offence, resulting in CJ Godsmark been incarcerated in due course.

We have “Judicial conduct investigation office” that does not want to know. Fraud criminality not their remit! What is their raison d’etre?

If Russia Putin is been sanctioned for breaking international law, rules understandings, using intimidation against Ukraine and aggressively attacking Ukraine and lying about his intentions from the start in order to protect himself from been overthrown.

Then Godsmark must be sanctioned for doing more or less the same thing, intimidation manipulating Mr Browne, attacking J K Browne’s human rights as Putin is intimidating and attacking Ukraine’s right to exist.

Godsmark is intimidating manipulating Mr Browne by ignoring his Claim forms and applications and misappropriating the fees for same by the simple method of ignoring all representations from Mr Browne for a hearing of the above for 8 years, as with Putin he must avoid a hearing taking place as the truth will out and that would incriminate Godsmark. A so called circuit judge and that would see Godsmark impeached.

Vladimir Putin would not be able to suppress the truth and would easily be overthrown by his own people, his only hope of keeping his people down is by fear, Godsmark is doing the same, I have been contacted by numerous litigants who complain about the intimidating dictatorial aggressive attitude of Godsmark but are too frightened to stand up and be counted. I do not agree but I respect their position.

There is a Prima Facia case for John Kenneth Browne to sanction and prosecute CJ Godsmark proofs available on the court file or direct from Mr Browne.

No apologies for repeating certain passages as they are serious accusations and fraud and need saying twice. Godsmark must be questioned by police under caution and brought to Justice forthwith>

Guilty of malfeasance and blackmail on Ukraine 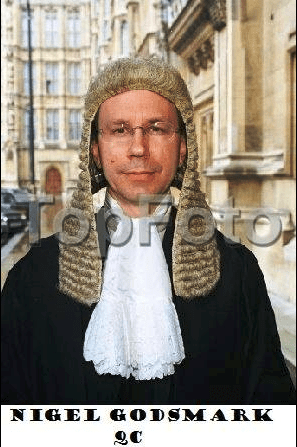 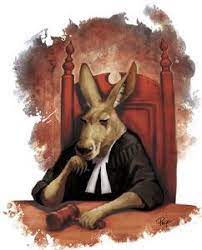 Regardless of Godsmark’s malfeasance as he uses subterfuge to pull the wool over the eyes of Mr Browne to make out order 27.01.2015 does not exist.

Such is the dishonesty of Godsmark .nfortunately nobody told Wylie, Potts, and Elmer Godsmark’s lackeys either.